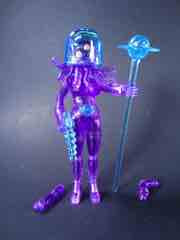 While Terra Firma was forged from the stuff dreams are made of, Horroscope is more on the nightmare side. The head was originally designed for a male variant of Xodiac, which probably would be a lot less sexually confusing for any young men who stumble on this one in their dad's collections. (Generally speaking, if you see something involving large breasts and tentacles, these elements are not on the same person. Or so I've been told.)
[ READ THE FULL REVIEW ] 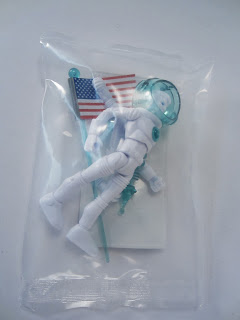 The 2013 New York Comic Con Beta Phase Exclusive White Star Action Figures are shipping now - mine arrived Wednesday of this week (November 6) via USPS.  As far as I can tell, there was no ship notice.

For those who ask about delivery times in the future, orders were up on October 16 (I ordered on October 17), the item was postmarked on November 4, and it arrived November 6.

So that's 18 days to ship, 2 days to arrive for those keeping track.

Which proves what I've been saying all along, that FedEx - previously the exclusive means of delivery from Store Horsemen - sucks.  USPS tends to be a lot faster, so huzzah and kudos to the Horsemen to switching to a much faster and cheaper shipping method.
Posted by Adam16bit at 10:53 PM No comments: