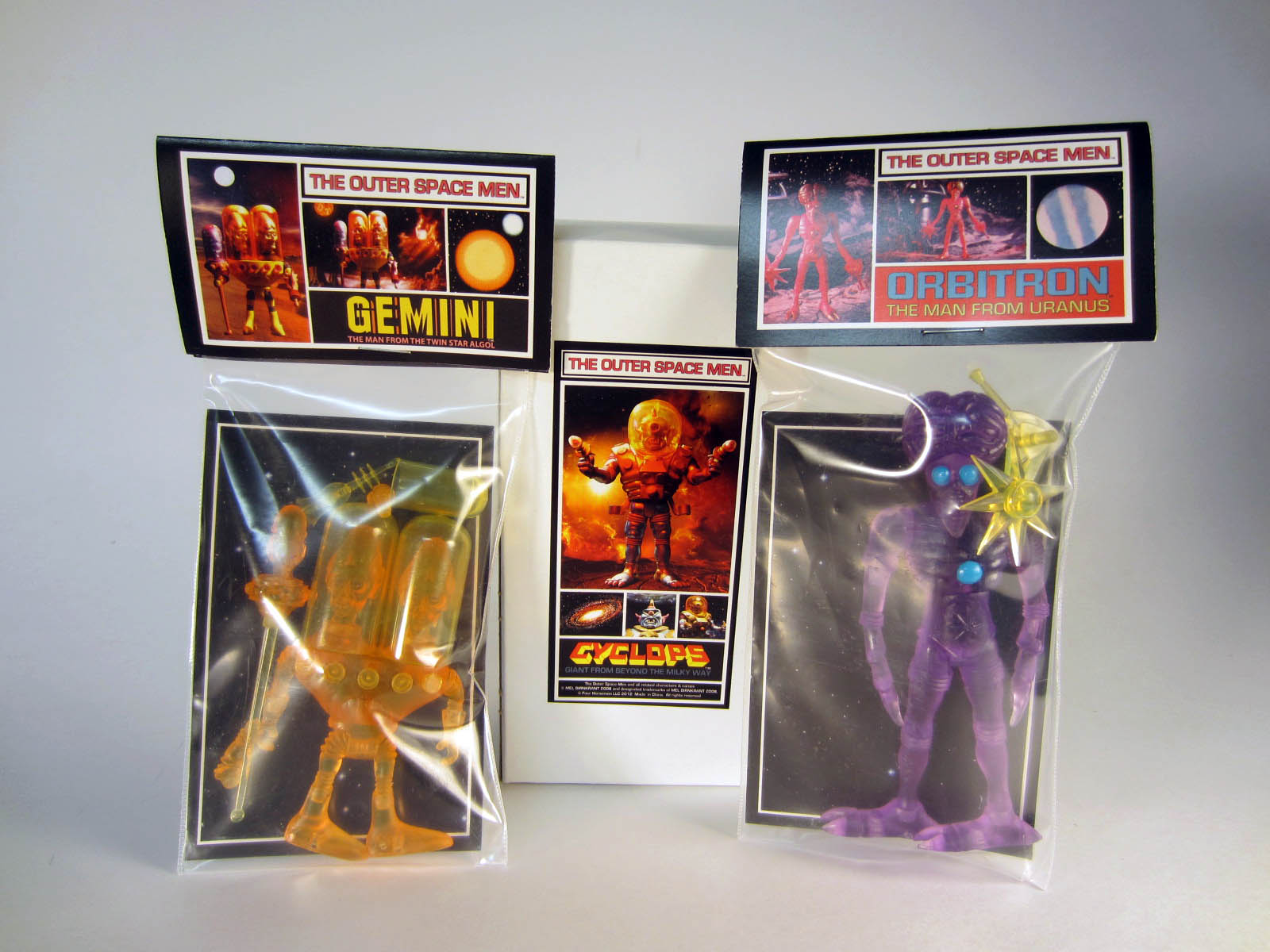 THEY'RE HERE!  The latest batch of Outer Space Men are arriving in mailboxes, if you didn't pick yours up in person from New York.  They're available from Action Figure Xpress (where I ordered mine) as well as Store Horsemen.

Action Figure Xpress just happens to have slightly cheaper shipping and they ship pretty quickly, so all things being equal you may just want to give them a shot first.  This round of Orbitron, Cyclops, and Gemini are reportedly limited to 300 sets, which, it turns out, may actually be too large of a run for the needs of the market these days, unfortunately.
Posted by Adam16bit at 10:50 PM No comments: 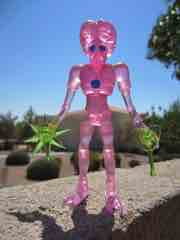 Taller than many of the other figures in this line, Orbitron is only second to the giants Colossus Rex and Cyclops in terms of size so far. This pink pre-paint stands at about 4 1/4-inches high, cast in a translucent pink plastic similar to the "Nonilla" color used for Glyos figures earlier this year. (Minus, of course, the glitter.) The striking figure has crisp sculpting and even a few painted details, with three pale blue dots making up his eyes and chest. A swell star pattern on his stomach pops when lit just right, and the overall look and feel is exquisite for an alien based at least loosely on the Metaluna Mutants of This Island Earth.
[ READ THE FULL REVIEW ] 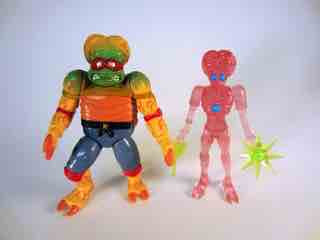 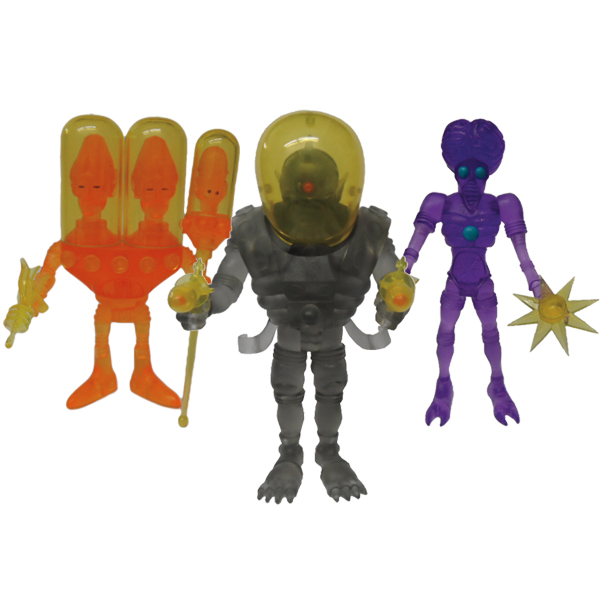 Action Figure Xpress put up the Beta Wave Gemini, Cyclops, and Orbitron at $65 plus shipping, the same price they were sold for at the show (sans shipping, natch.)

For those keeping track, the Alpha Wave was sold for $50 last July, and Store Horsemen has that series down to $25.00 for a limited time... so if you don't have any versions of these molds yet, as far as bang for the buck goes, it's probably mathematically impossible to beat $25.  It's the same figures with the same tooling, just different coloring at a hugely different price.  (Thanks for the tip, Seth!)
Posted by Adam16bit at 10:50 PM No comments:

Not two months after some new items shipped out, Store Horsemen has a bunch of newer Outer Space Men figures for half price.  So if you preordered months in advance and waited patiently... well, I guess the tortoise beats the hare yet again.  Good deals, people!

If you've been dragging your feet, at least you'll get to feel super-smart when you get these bargain-priced figures.   Good on you for not being an early adopter!
Posted by Adam16bit at 5:46 PM 1 comment: 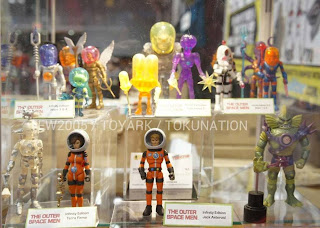 ToyArk.com debuted an image showcasing new sculpts, well, some resculpts and one new sculpt.  Jack Asteroid, the first Earth human male concept we saw recently in the Outer Space Men line, was on display much to the surprise of people who are me.  I seriously wasn't expecting to see this one... but there he is!  Perhaps he'll debut in 2013 or 2014.

The figure, if you missed it, was designed as a refresh of Metamorpho reusing Terra Firma's accessories and a new head sculpt.   If you're at New York Comic Con this weekend, be sure to go check it out in person.

UPDATE: Tad Ghostal posted a much better photo of the two humans on the Fantastic Exclusive forums.
Posted by Adam16bit at 7:01 PM No comments: 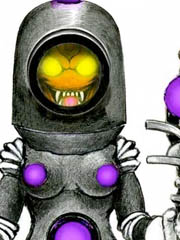 Mel Birnkrant has proven what we've all known to be true: boobs make things interesting.  The Outer Space Women are a series of designs which take the Terra Firma body and adapt it to various planets in the solar system.  Will they ever get made as figures?  Nobody knows, but they're certainly memorable and distinctive.
Be sure to see all of these, and many other great designs, in Mel's Sketchbook. 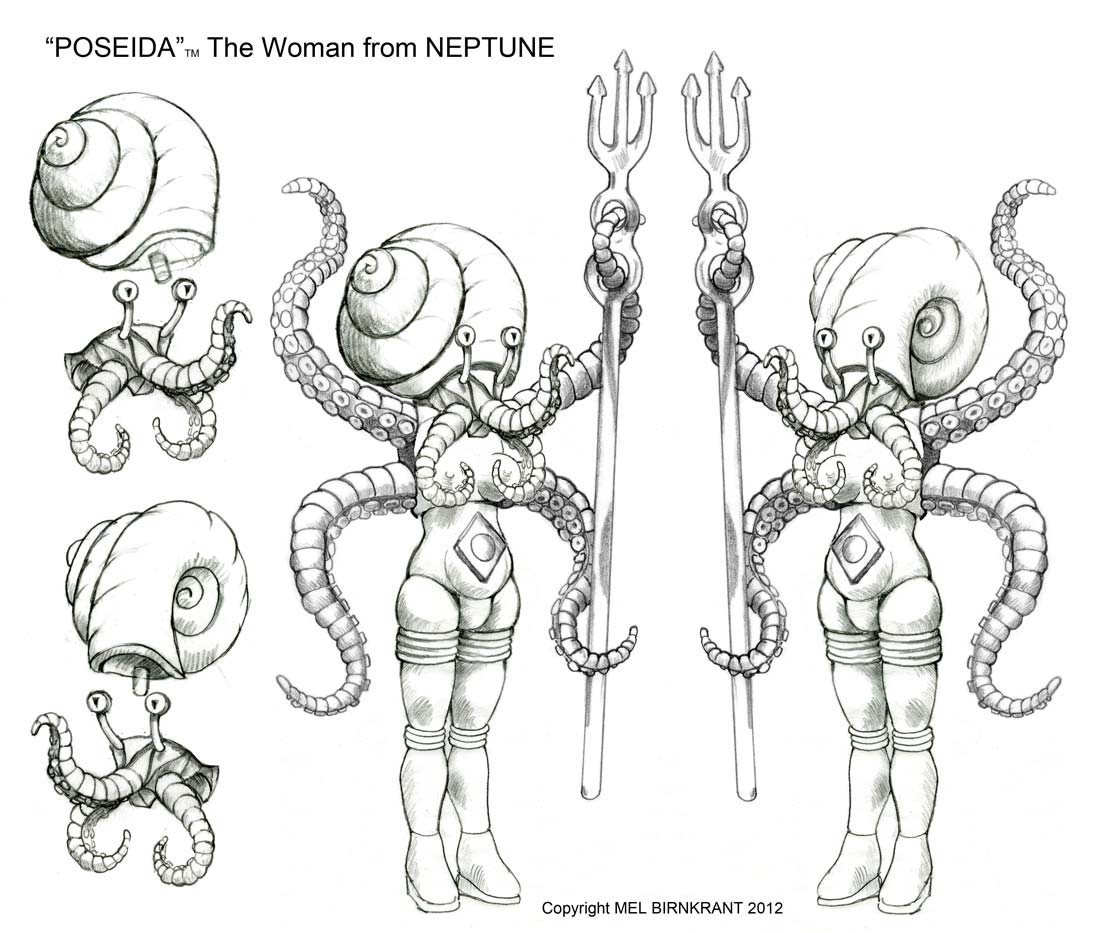 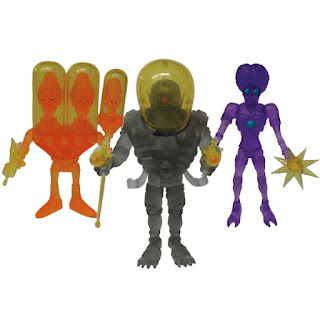 The orange Gemini, smoke grey Cyclops, and purple Orbitron were revealed in a recent Action Figure Xpress newsletter!  These will be sold at New York Comic Con and, from what was relayed to me, the set will be sold via Shop AFX after the show.