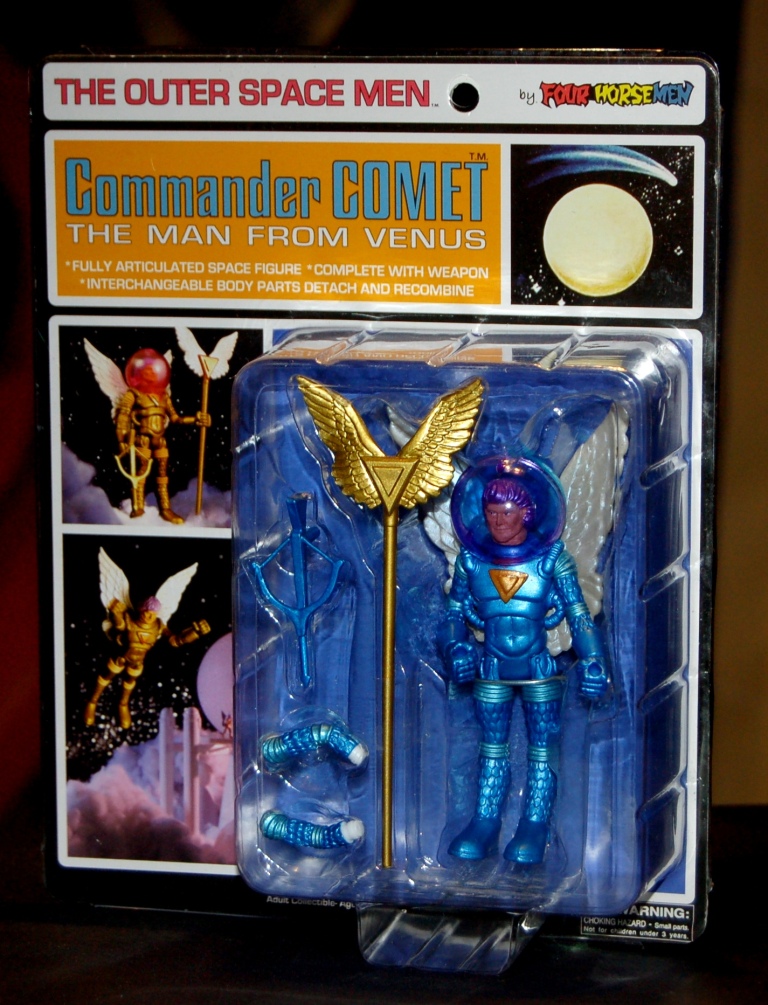 I got a few emails and tweets asking what was going on with these, as it was previously hinted the Cosmic Creators Mel Birnkrant Edition Waves 3 and 4 of Outer Space Men would be shipped in the near future.  36 of the 200 sets remain up for grabs.

So let's all stop watching those mail boxes every day like I've been doing.  If there are any new updates, we'll share them as soon as we can!
Posted by Adam16bit at 6:34 PM